The Justin’s World kids apps were the first pre-school apps in the UK to incorporate live action video footage. And who better to grace the mini screen than Justin Fletcher. To children of a certain age (and their parents), Justin Fletcher needs no introduction. He’s practically child royalty.

When Justin appears, little faces light up as he brings his own inimitable and character based approach to making learning fun. Justin is probably best known for his work on Something Special (AKA Mr Tumble) – the totally inclusive TV show. 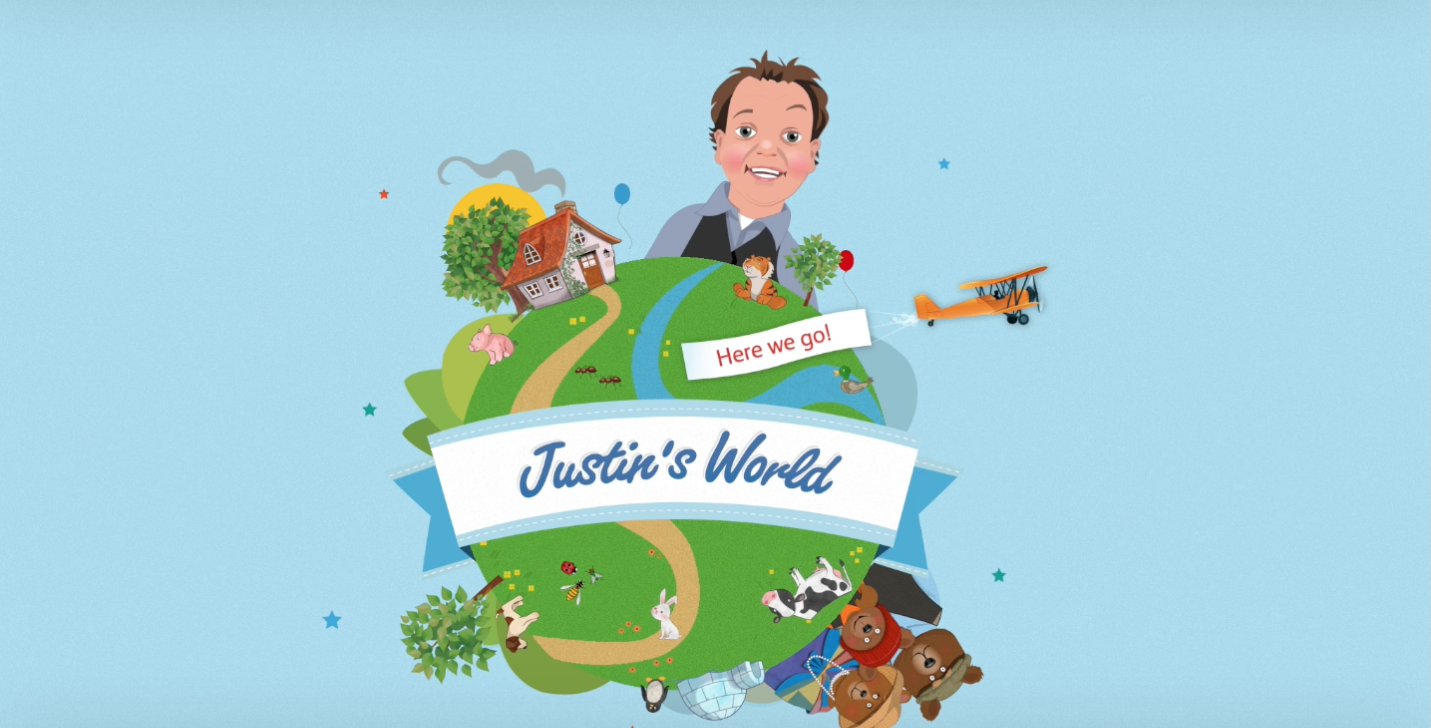 Likewise, the Justin’s World kids apps have been specifically designed for children AGE to AGE across a range of abilities. There are 10 different apps. Each app has unique games like memory, colouring and Jigsaws for kids to have fun with. In addition, the apps also include live action video footage with Justin explaining things or telling a story. Furthermore, the Justin’s World kids apps are not only fun but also educational and also allow for progression in learning making it the perfect app for little ones. 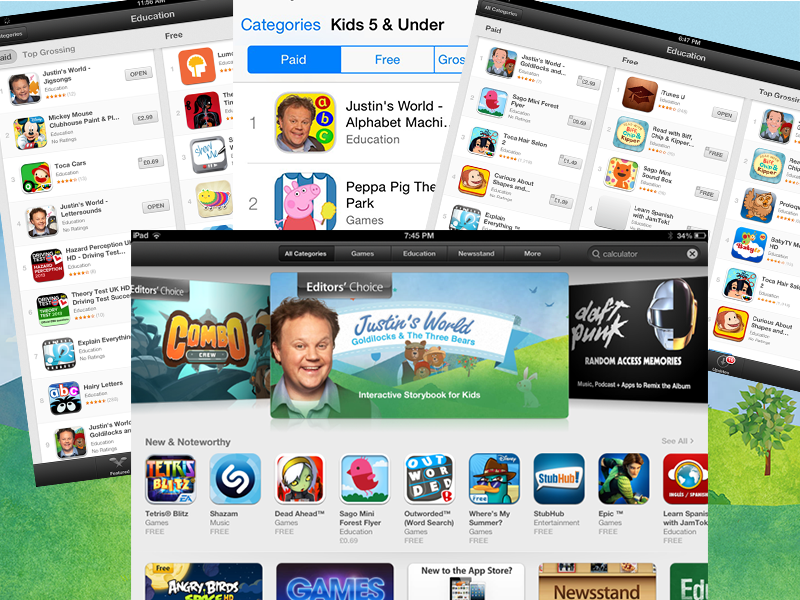 The Justin’s Wolds kids apps have enjoyed number 1 position in the children’s and educational charts as well as Editor’s Choice on the front page of the App Store. We now have over 600,000 unique users.

Allan Johnston brought both his production and educational talents to the Justin’s World. An ex primary and Special Needs teacher Allan spent over 10 years working with Justin at the BBC. He created, wrote and produced Something Special as well as a range of other educational TV shows. “Apps were the inevitable next step for me,” says Allan. “Not only are children extremely motivated and engaged by this relatively new media, Apps also allow children to progress at their own pace, and consolidate their learning as they go. And having Justin presenting the content was just the icing on the cake!

All artwork for Justin’s world was created by Luella Jane Wright.